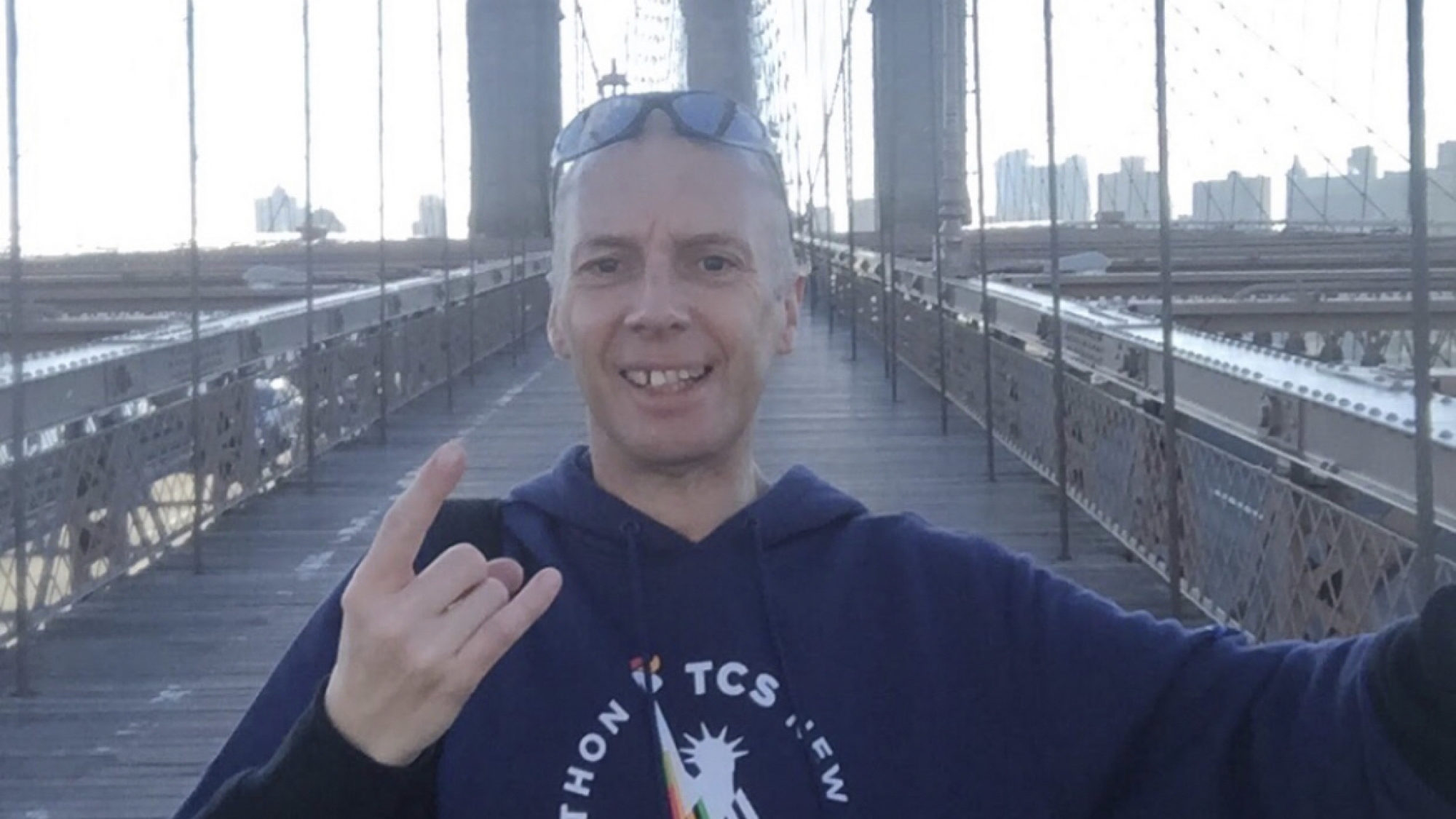 Welcome to ‘Getting to know…’ number 11. Apologises for the break last week, but we are back!

I had noticed that these runners interviews were very female led, so there is no-one better to kick off the male interview than with Neil.

Myself and Neil started following each other on social media in the lead up to the New York Marathon 2017 as we were both training for that event. We managed to meet prior to the race. I now love telling everyone that my friend Neil is in the movie Brittany Runs a Marathon, as they filmed the race day during the 2017 race and Neil made it into one of the scenes! How cool is that!

If you have missed any of the previous interviews, you can find them here.

How long have you been running?

I started running in 2003. My first running event was the Run Liverpool L1310K in October of that year. I completed my first ever half marathon.

What made you start running?

I hope the truly inspirational and legendary former British boxer Michael Watson accountable for why I started running. Mr Watson almost died after a fight with Chris Eubank in 1991. He spent 40 days in a coma and had six operations to remove a near-fatal blood clot. He spent six years in a wheelchair. Against all the odds, on 19th April 2003, Mr Watson completed the London Marathon by walking two hours each morning and afternoon for six days. It was after watching this man perform the most incredible miracle, I realised that anything can be achieved if you put your mind to it.

Why do you run now?

I run now to keep my mental health stable. I have had a few battles with MH issues over the last few years and it has stopped me from doing a lot of things that I once enjoyed. Running means that I go out in the fresh air, clear my head and enjoy the tranquillity of listening to nature rather than the thoughts that used to rent space in my head.

What was your last event?

My last event was the Pontefract 10k in March this year. Whilst I completed the race, it didn’t leave me any fond memories.

What is your next event?

Due to current climate and events being postponed or cancelled, I’m taking part in a few virtual events and I’m planning to take part in a marathon in November, God willing that it still goes ahead.

It allows me the freedom to be outside and away from regular everyday life for a few miles or a couple of hours. Oh, and cake. Preferably chocolate cake if you don’t mind.

When I think that I’m having a bad run and the motivation to keep going devalues and a sudden loss of interest takes over. That can be hard to deal with.

What one piece of advice would you give to a beginner?

Don’t compare yourself to the man or woman who comes flying past and leaves you choking on their dust. For sure you want to be good and you will be, in your own time as you progress.

Best piece of advice given to you?

Unless you are under the instruction of a coach, don’t let anyone ever tell you that you are not good enough. Do it in a way that suits you best.

For me personally, it has to be 13.1. It is no lesser of an achievement, for me, it is much more manageable now than the full marathon distance.

Funniest thing that has ever happened to you whilst running?

The 2004 Walt Disney World Marathon, Florida springs to mind. Anyone who has done it knows that all the Disney characters come out to play. At mile 21 my head was fuzzy and spinning faster than a funfair waltzer, I ran straight into Minnie Mouse, floored her and ended up on top of her in a rather uncompromising position.

Most embarrassing thing that has ever happened to you whilst running?

Central Park, Manhattan and 800 metres away from the finish line of the 2017 TCS New York City Marathon. I had nothing left to give, I was almost on my knees and feeling sick as a dog. I pulled up and grabbed hold of some railings and was violently sick on the ground…or so I thought. It turned out that I was on a pair of shoes being worn by a female officer from the NYPD. Luckily she let me off with that.

On average, how many miles do you run per month?

Do you belong to a running club?

No, I never have done.

Do you do any other forms of exercise in addition to running?

I do enjoy a nice long walk. I recently joined a fitness centre but it was temporarily closed down 5 days later due to the pandemic.

Two slices of toast, a bowl of cornflakes and a banana.

Fish and chips or chicken and bacon pasta.

Do you have any superstition?

I can’t start a run until I have listened to a song called ‘Things Will Go My Way’ by The Calling.

What is your biggest achievement sport wise?

Without a doubt, my biggest achievement would be taking part in the 2017 TCS New York City Marathon. Earlier in the year, I had spent a few weeks in a mental health clinic and the thought of going to New York let alone run a marathon was never meant to happen.

If you were granted one wish related to running, what would it be?

If I could complete a marathon and not feel like my legs have been detached from my body afterwards, that would be most appreciated.

Solo running or Running with Friends

Run a hilly 10K or flat half marathon

Run a hilly Half Marathon or Flat Marathon

Run as much as you want on the treadmill or only run once a week outside. Actually the response was hell no to a treadmill